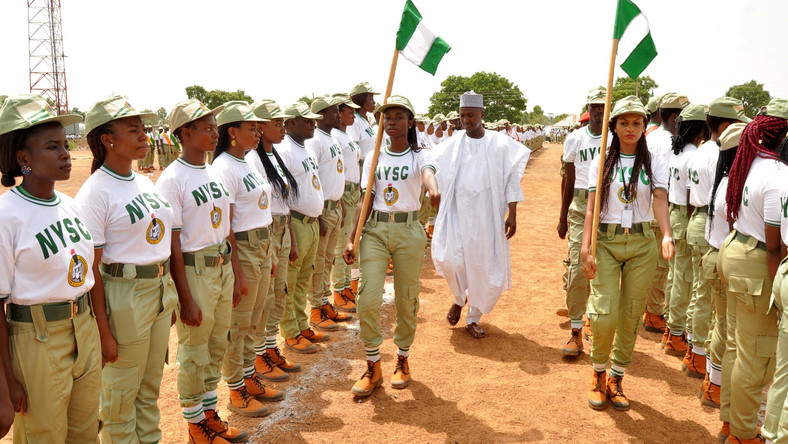 The Muslim Students Society of Nigeria (MSSN), has called on National Youth Service Corps, NYSC, to as a matter of urgency recall the two female corps members expelled in Ebonyi state for their refusal to wear trousers on religious ground.

“The Muslim Students’ Society of Nigeria (MSSN) B-Zone supports the position of the Christian body which is in tandem with what the society had stated times without numbers, that religious right is fundamental and must be respected at all times by individuals, institutions or Government agencies.

“Religion is very sensitive and section 38 of 1999 Constitution of the Federal Republic of Nigeria which gives right to freedom of religion, conscience and thought is not there for cosmetic reason. It is there to be obeyed by individuals and institutions.

“We therefore condemn in totality the action of the NYSC in dismissing the two female Christian corps members for wearing shorts or trousers on the ground of their religious belief.

“We call on NYSC to, as a matter of urgency, recall the two Christian corps members and tender unreserved apology to them for the physical and psychological torture their action would have caused the Corps members. We say categorically that no one deserves to be so oppressed. We cannot, as a nation, be complaining about sex-for-grade issue yet, be harassing those who chose to dress modestly.

“While we understand the plight of CAN, as a people who have continuously suffered similar fate, we find it amusing that CAN is now claiming its support in the past, for Muslim women’s use of Hijab.

“To put the records straight, CAN and its members have never supported anything Islam, especially the institution of Hijab.

“As a matter of fact, CAN is one of the strongest opposition against the use of Hijab in Nigeria. Few instances will suffice here:.

“Even when the state government which is the owner of the schools did not appeal the judgement of the high court, CAN in a bid to frustrate the judgement, appealed against the judgment and filed a motion for stay of execution of the judgment until the court of Appeal threw away the motion.

“Similarly, in Lagos where a brilliant secondary School Muslim student was given a beating of her life for wearing Hijab in public secondary School, we saw the hands of CAN against the suit filed to enforce the fundamental right of the student, Aishat Abdul Kareem and other female Muslim Students in Lagos secondary Schools.

“Situation is the same at the International School, Ibadan where 11 innocent young female students were embarrassed for wearing Hijab in a school owned and controlled by the University of Ibadan, a public institution of learning. The suit which was filed to enforce the fundamental right of the Muslim Students was joined and being frustrated by the Christian Association of Nigeria and its agents.

“We therefore call on the Christian Association of Nigeria to learn from the recent happenings and look at things in proper perspective. Islam and Christianity are both Abrahamic religions and have some things in common. If CAN wants us to believe its support for Muslim women’s use of Hijab, they should withdraw from Hijab cases in Osun, Oyo, Ogun and Lagos. Not only that, they should speak and, loudly too in support of the use of Hijab in all institutions and agencies in Nigeria.