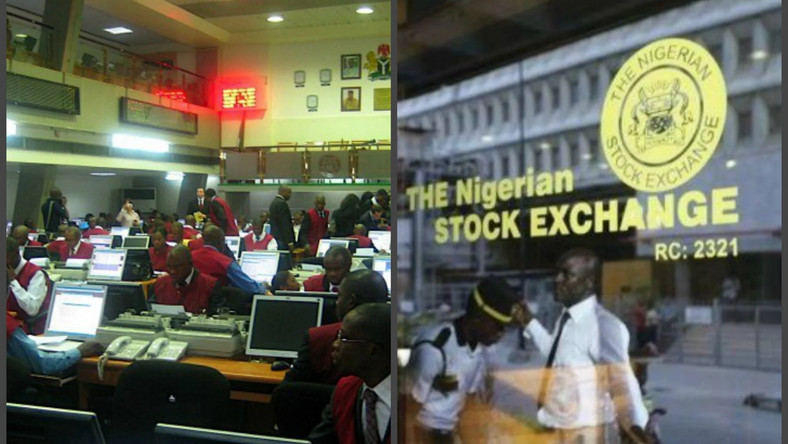 Exits are often not very easy to manage whether its for an individual leaving an apartment he had stay for sometime or a company moving out of a nation’s bourse.

Such kinds of movements can sometimes have a damaging influence on an individual or a company and in the process impact on the confidence business partners or institutional investors have on an enterprise. This of course results in lower volume and reduced liquidity for its shares.

However, delisting from a securities exchange has often been viewed as evidence of tough times which most organisations cannot control on their own operating at current levels hence the need for a reduced scope that would not demand much of the suffocating Corporate governance principles required of large corporations.

Over the last two decades, the number of publicly quoted companies seeking to delist from the Nigerian Stock Exchange (NSE) has been on the increase as Daily Sun investigations revealed that about 109 Securities have delisted from the nation’s bourse in the 16-17 years.

The firms were said to have left the market for various reasons ranging from voluntary, regulatory directive, to mergers and acquisitions.
Delisting of securities from an Exchange means removing a quoted company from the main board of the exchange with the securities of the affected issuer no longer to be traded on the Exchange and the issuer’s name removed from the Daily Official List.

Voluntary delisting is the withdrawal of an Issuer’s securities listed on the Exchange with the express approval of the holders of its equity after complying with relevant requirements in that regard.

Available records from the NSE’s website show that during the period under review about 17 out of the 90 companies opted for voluntary delisting while 78 others were induced regulatory delisting.

The numbers might still increase after fresh anxiety heightened recently among stakeholders as A.G Leventis is said to be making moves to delist from the nation’s stock market.

Shareholders of A.G. Leventis (Nigeria) Plc had been offered N1.4 billion for the sale of their entire shareholding in the company with the firm stating in a notice to investors that Boval S.A, acting on behalf of itself, Leventis Holding S.A, and Leventis Overseas Limited, had planned to acquire the shares held by other shareholders.

Though the company did not give reasons, it had posted a loss of N282.3 million in the first half of the year. The company had also recorded a loss of N3.5 billion in 2017 but saw a turnaround in 2018 with a profit of N876 million.

According to the notice, Boval S.A had approached the board of directors of the company with an intention to acquire the shares held by other shareholders at an offer price of 53 kobo per share, which translates to N1.4bn while adding that after the purchase, the company would be delisted from the Nigerian Stock Exchange.

The notification further said, “The offer price of 53 kobo represents a premium of 85 per cent to the 60-day volume weighted average share price and 104 per cent to the Company’s closing share price on 23 September 2019. The proposed transaction will be implemented under a Scheme of Arrangement in line with section 539 of the Companies and Allied Matters Act, Cap C.20 Laws of the Federation of Nigeria, 2004”.

According to the company, the proposed transaction is still subject to review and clearance of the NSE and the Securities and Exchange Commission (SEC) as well as the approval of the shareholders of the Company.

“The terms and conditions of the proposed transaction will be provided in the Scheme Document which will be dispatched to all shareholders following the receipt of the “no-objection” of the regulators and an order from the Federal High Court to convene a Court-Ordered Meeting”.

The company thereafter assured that further developments will be communicated to shareholders in due course and advised them to exercise caution in dealing in the company’s shares until further information is provided.

Daily Sun gathered that more firms may follow since most of them are finding it highly challenging to meet the post-listing obligations.
In a bid to stop the growing number of delisted public companies on the Stock Exchange, the Securities and Exchange Commission (SEC) has disclosed that it has initiated moves to stop the worrisome trend and also encourage the listings by more multinational companies in the country.

The Nigerian capital market regulator noted that it had mandated its Capital Market Committee (CMC) to look into the real reasons for such development, adding that it would further meet with shareholder groups to determine reasons for their consistent exit from the market.

SEC’s acting Director General, Mary Uduk, assured on its commitment to improved listing of multinational companies in Nigeria’s capital market, adding that the practice of delisting by quoted companies was a threat to market growth.

She lamented that some highly capitalised companies had delisted, thereby, affecting market the growth.

Uduk said, “increase in de-listing by public companies pose a threat to the market in view of the fact that quite a number of them are highly capitalised.”

Chief Executive Officer, NSE, Oscar Onyema, for his part, observed that the reality of exchanges around the world is that companies in their life cycle will list while others will delist over time.
Onyema noted that the NSE’s job is to make it easy for companies to come in and if they want to leave, that they would leave in an orderly manner.

“We cannot regulatory to prevent a company that freely listed on our platform from delisting because it is not a prison. What we can do is to ensure that when they are leaving, there are certain things they must put in place for their shareholders and we believe that our current listing rules, which are bench-marked against other rules in other jurisdictions do provide those protections. The other thing is that we require in certain circumstances, for companies to escrow some amount of money to ensure that the money is accessible to investors that do not wish to continue with them as an unlisted company.

The suggestion about some sort of collaboration among the Securities and Exchange Commission, SEC, Corporate Affairs Commission, CAC, and the NSE with respect to delisted companies is an interesting one, but a company has the right, you will recall, to say to the NSE, “am no longer listed and therefore, am no longer subject to your regulatory jurisdiction”.

According to him, “We do take the point, however, that there is a level of dissatisfaction around delisting. We are not saying that we do not recognise that or that we won’t for example look into the kinds of suggestions that have been made and see if we can, this year, go back and beef up our rules and processes with regards to delisting.

We actually do have a team that their job is to maintain a relationship with the existing listed companies and to make sure that we properly service those companies and to help them to extract the value of being listed at the exchange”.
Shareholders have however pointed out that the regulatory authorities have so far erred in their duty to develop the capital market into a world class market while adding that the rot in the regulatory system needs to be cleaned for the market to be like its peers.

National Coordinator, Progressive Association of Nigeria (PSAN), Boniface Okezie, speaking to Daily Sun on telephone, maintained that the current leadership of the SEC and the NSE have lost focus while calling on the Federal Government to channel its interest to the capital market.

His words, “The problem here is that SEC as well as NSE have presently failed in their duty of developing the capital market. Instead of looking at how the market can be developed, these two regulators are there chasing mundane things that have no bearing to their mandate.

SEC is concerned about gifts at AGM where most companies are not paying dividend. This is to say SEC has lost its bearing on what it is supposed to be doing. On the other hand, the NSE under its current leadership is not helping matters. Have they gone to these companies to ask what the issues are? Have they proffered a model as to how this would stop? Have they looked at the transaction cost? A company is trying to survive and you keep demanding listing fees and they are not finding their feet. All what is needed to be done is reduce the cost a bit and then come to an agreement that once they find their feet, then they can pay up.

The Exchange should be able to find out the loopholes rather they are not doing that, they are only interested in listing fees. There is just rot in the regulatory system which needs to be purged. We have not finished wooing foreign investors not to talk of the domestic ones, the government itself has not been doing well. Even with the constituted SEC board, nothing has been done to put a substantive Director General who should wield the big stick. We cannot continue to have acting DGs and we want a world class capital market, the simple truth is that it does not inspire confidence to potential investors.

Until the government finds interest in sanitising the market and also know that the capital market should be contributing to the nation’s GDP just as its peers in U.S.A, South Africa, Kenya and Egypt are doing, then we will keep lagging behind”.
The Chief Executive Officer of Cowry Assets Limited, Johnson Chukwu, explained that some of the companies’ operations were no longer profitable, adding that these firms want to remain valuable without listing.

Chukwu said, “There are several factors as to why those companies delisted. Some of them’s operational activities are no longer strong. There are also companies that delisted beause they were acquired and the acquiring company did not want to be quoted on the Exchange just like the Nigerian Bottling company. Thirdly, it is either the company is not meeting up post listing requirements and maybe the NSE compelled them to delist, it happened to Premier Paints.

So it is down to three major factors; the companies’ operations are no longer profitable or viable, company has been acquired by a shareholding entity that might have decided to go private and then the company is unable to meet up with post listing requirements”.

For his part, Registrar/Chief Executive Officer, Institute of Capital Market Registrars, Dr David Ogogo, said the regulatory authorities are doing everything possible to tighten the loopholes, adding that the market is not doing poorly especially with the addition of MTNN and Airtel Africa.

“Delisting is a private thing as the board of any company will decide whether it should delist or not. We should not forget that the capital market has rules and regulations so if one or two companies fail to meet up with the rules and regulations, they should be free to exit the market. But with the figure of 109, it still does not mean the market is doing poorly, what i think is happening is that the leadership of the market including SEC and the NSE and now with the FMDQ coming up, are now tightening the loopholes. Those that cannot meet up with those rules will just have to exit the market and this is what brings integrity to the market”, he said.