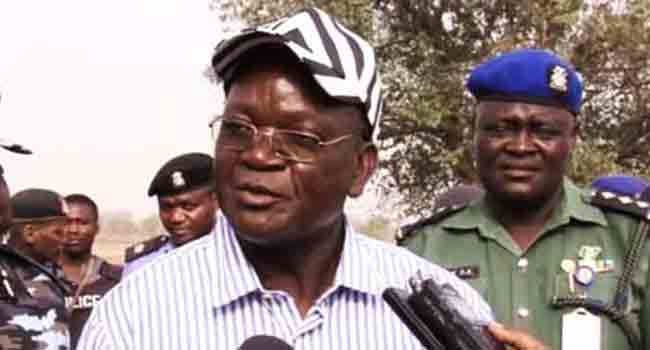 Fulani socio-cultural organisation, Miyetti Allah Kautal Hore on Saturday apologised to Benue State governor, Samuel Ortom over the attacks and killings of people of the state by herdsmen. Issuing the apology on behalf of the association was the National Secretary, Saleh Alhassan.

Alhassan, who spoke at a peace meeting held in Makurdi pledged to ensure peaceful coexistence between farmers and herdsmen in the state. In a press statement issued at the end of the meeting by the Chief Press Secretary to the governor, Terver Akase, it was revealed that the peace initiative was brokered by the Chairman of Air Peace, Allen Onyema.

Part of the statement read, “The Miyeitti Allah scribe described Governor Ortom as a peace-loving man who stood firmly for the emancipation of his people.

“Alhasan gave assurance that members of the group would embrace the peace initiatives put forward by the Governor.”

The statement added that Governor Ortom told the Miyeitti Allah group that the enactment of the Open Grazing Prohibition and Ranches Establishment Law by Benue State Government was to end the killing of innocent people and encourage ranching as the global best practice for animal husbandry.

Ortom stated that any person or ethnic group wishing to rear livestock in the state was free to acquire land and do so according to provisions of the ranching law of the state.

The Governor noted that the Open Grazing Prohibition and Ranches Establishment Law protects both farmers and livestock owners, adding that legislation was not meant to promote crisis of any kind.

Onyema had earlier emphasised the need for peaceful coexistence between farmers and herders in Benue State, saying he personally brought Alhassan to broker peace between the Miyetti Allah group and the people of the state.