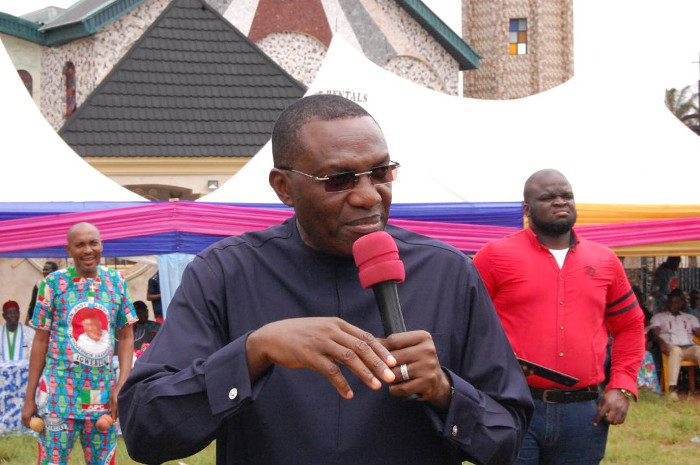 Former Chairman of the Senate Committee on Interior, Senator Andy Uba says he sponsored the Nigerian Correctional Service Bill, 2019 because of his desire to see a total transformation in the management and administration of prisons in the country. President Muhammadu Buhari had on Wednesday, assented to the bill changing the name of the Nigerian Prisons Service (NPS) into The Nigerian Correctional Service, Igbere TV reports.

According to a statement from Ita Enang, Senior Special Assistant to the President on National Assembly Matters (Senate), the “Act repeals the Prisons Acts and changes the name from Nigeria Prisons Service to Nigerian Correctional Service, otherwise known as “the Correctional Service.”

In an interview with newsmen, the former Anambra South lawmaker noted that by the extant provisions of this new law, both custodial and non-custodial sentencing would be permissible; Prisons will be decongested and it would generally foster a better administration of Criminal Justice in Nigeria. This development also brings Nigerian Prisons Administration System to par with international best practices.

His words: “I am particularly enthused and delighted about President Mohammadu Buhari’s resolve to grant Assent to the Bill because of the quality of time devoted in the harmonization process by Researchers, Committee Staff, and legislators as well.

“As Chairman of the Interior Committee, my team and I visited several prisons in Nigeria and we saw first hand the decay in the system.

“The facilities were congested with most inmates under the awaiting trial list. Basic amenities such as food, electricity, water, beddings, toilet facilities were also in a sorry state due to the poor budgetary allocation that goes to the prisons.

“Touched by these, I decided to sponsor the Correctional Service Bill, 2019 so as to bring the much-needed reforms to the Nigerian Prisons.

“By the extant provisions of this new law, both custodial and non-custodial sentencing would now be permissible, our prisons will be decongested and it would generally foster a better administration of Criminal Justice in Nigeria. This development also brings Nigerian Prisons Administration System to par with international best practices.

“The bill also empowers the State Comptroller of Prisons to reject additional prisoners where the prison in question is already filled to capacity.

“As the new name suggests, more emphasis will now be placed on correcting inmates through various skills acquisition programs such as tailoring, shoemaking, carpentry, computer engineering among others, he said.”