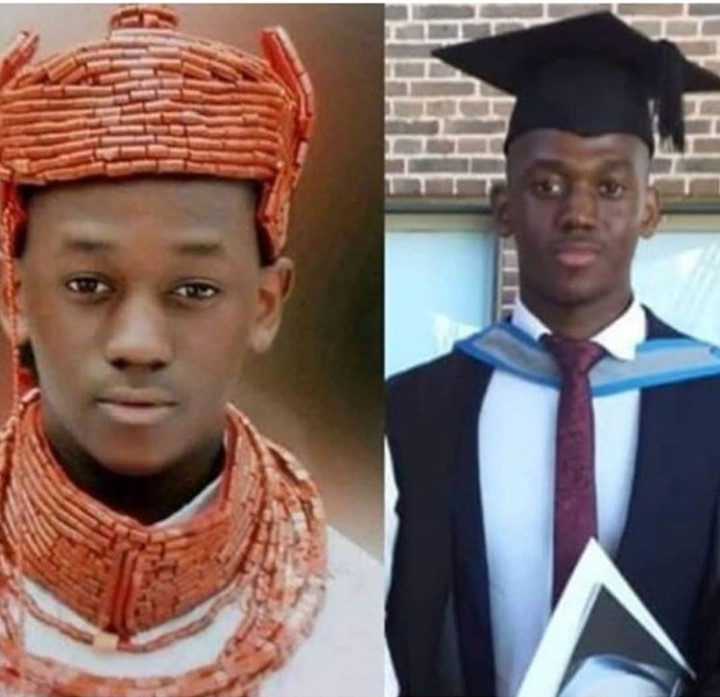 Obi Chukwuka Noah Ofulue, the 19-year-old Obi of Ubulu-Uku kingdom in Delta state, graduated from the University of Exeter, United Kingdom today Tuesday July 16th.
The young king bagged a degree in Law at the school’s convocation ceremony which was attended by his family.
.
Obi Akaeze I who is described as the youngest king in Nigeria, was installed as King in February 2016 following the death of his father, Obi Akaeze Edward Ofulue III who was kidnapped and subsequently murdered in January of the same year.