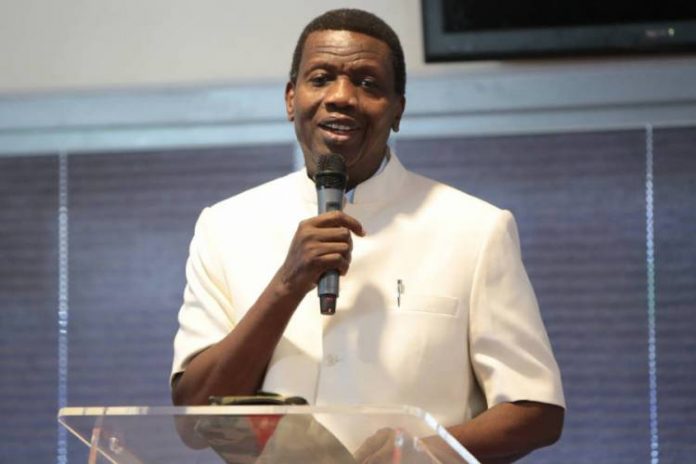 Pastor Adeboye Responds To Protesters, Speaks On His Position On National Issues

GENERAL Overseer of the Redeemed Christian Church of God, Pastor Enoch Adejare Adeboye yesterday reiterated his position on key national issues and the overall well-being of Nigeria. In a statement released by head of RCCG Public Relations, Pastor Olaitan Olubiyi yesterday at the National Headquarters of the Church, he reaffirmed his commitment to the umbrella Christian organizations that are mandated to speak on issues affecting the Church and the nation as a whole.

He stated, as in the past, that the views of the Pentecostal Fellowship of Nigeria (PFN) and Christian Association of Nigeria (CAN) represented his position and that of the RCCG.

Pastor Adeboye, himself a one-time President of PFN, noted that the aforementioned Christian bodies had spoken on the issues of kidnapping, killing of Christians, herdsmen attacks and general insecurity in Nigeria and that his position and that of the RCCG was not different from their expressed views.

Besides, as a Pastor and spiritual father to millions of people in Nigeria and across the world, he regularly leads the congregation to pray over the problems confronting the nation at all major programmes of the Church.

Adeboye who said that, to be quiet does not mean that you are silent, disclosed that he had made his views on the issues known to all the relevant authorities. He declared that very soon, Nigerians shall see that God answers prayers. He enjoined all to remain calm and maintain the peace.

The RCCG leader had always called the congregation to prayers against kidnapping, bloodshed and general insecurity at the monthly all-night Holy Ghost Service held at the Redemption Camp. For instance, at the July Holy Ghost Service, Pastor Adeboye led the congregation in supplication for God’s mercy on Nigeria after speaking on the negative consequences of bloodshed and inhumanity. That was four days before a group of students and youths under the leadership of some notable artistes like Baba Fryo, Charley Boy and Eedris Abdulkarim came to the Redemption Camp.

According to the group, they had come to show their unhappiness with his supposed silence over killings of Christians, establishment of cattle camps called RUGA and kidnapping in the country.