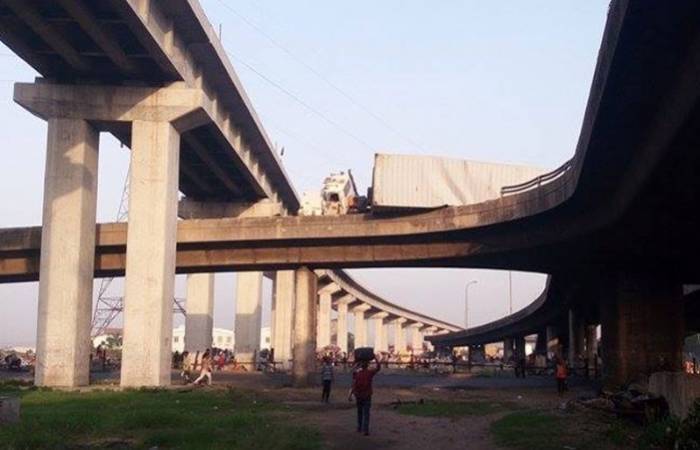 The Federal Controller of Works in Lagos State, Mr Adedamola Kuti, on Sunday said that materials being imported for replacement of expansion joints on the Alaka Bridge in the state had arrived Nigeria. Kuti told the News Agency of Nigeria (NAN) that the materials were currently being cleared at the port for the contractor to immediately mobilise to site to begin second phase replacement of damaged expansion joints.

“Important materials for the repairs of the expansion joints has arrived and we are at the point of clearing them at the Wharf. “We would look at the very critical expansion joints and change them. The contractor has replaced two of the joints just recently,” he said.

The controller said that materials needed for replacement of expansion joints were not available locally hence the delay in fixing the bad portions and appealed for understanding by motorists.

On the damaged expansion joints causing discomfort on the popular Long Bridge on Lagos-Ibadan Expressway, he said that the joints had been repaired before.

Kuti however said that the Federal Ministry of Power, Works and Housing was carrying out a “review” of the work done on the bridge to tackle new faults.

He added that he had given a directive to Julius Berger to speed up action on reducing discomfort to motorists on the highway.

He however said that progress was being made on construction works by Julius Berger in the ongoing reconstruction/rehabilitation of the Lagos-Ibadan Expressway project.

“Rain is slowing us down but work is going on and we are making progress. As at the last report, section one which spans from Lagos to Sagamu Interchange is about 42 per cent completed,” he said.

Speaking on the trailer park in Apapa, Kuti explained that trailers were already using the park while the contractor was completing some facilities there.

“We have finished one borehole and we are doing some electrical works also,” he said.