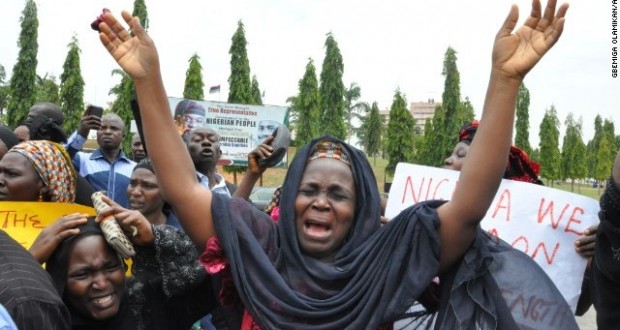 A Chibok parent, John Bassa, has claimed that Boko Haram is still in control of some towns in the Northeast were the war against the terrorists are still being waged. The federal government headed by President Muhammadu Buhari has repeatedly said there were no areas in the country being controlled by Boko Haram terrorists.

Mr Buhari, while granting a special interview to the National Television Authority (NTA) on Monday, repeated the claim which top officials of his administration has been making at any given opportunity.

However, on Tuesday, Mr Bassa while featuring on a town hall meeting organised by Channels Television, said the claims of the government officials are untrue.

“Of course,” the Chibok parent answered when asked if he is sure the terrorists were still in control of some territories in the Northeast geo-political zone.

“Out of 52 towns in Gwoza, its only three right now that you can freely live within. (that is, Limankara, Gwoza town and Pulka).

“Gwoza town was liberated by our former President Goodluck, one week before election then in 2015 and the new administration liberated Limankara and Pulka so, 49 towns are still empty with nobody apart from the Boko Haram.

“They are the ones enjoying those areas and you dare not go there,” Bassa added.

The presidency, reacting, said there is difference between infestation and actually controlling of a place.