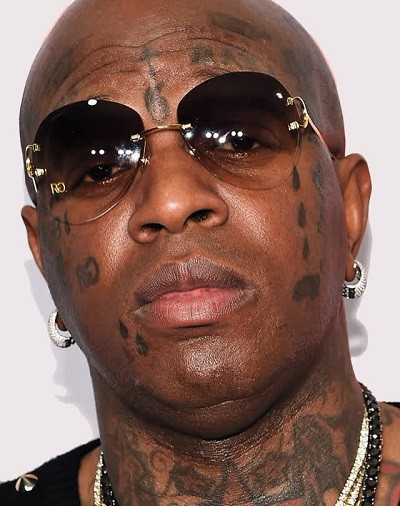 Rap mogul, Bryan ‘Birdman’ Williams, who just turned 50, has revealed he wants to remove his face tattoos. The Cash Money co-founder who has over 15 tattoos on his face alone revealed this while discussing his image on the “Wendy Williams Show.”

“I didn’t want to take the [head tattoos] off, but I want to take the facials off,” Birdman said. “And I was asking my partner, 50 [Cent]… ’cause he removed his tattoos. So I wanted to go to somebody who can take these tats off my face.”
“If I have to live with it, I will. I just felt like, me being older, I would like to get it off. But if not, it is what it is.”
Birdman also revealed that his fellow rapper, 50 Cent referred him to a specialist that removed some of his tattoos after he made him realize that his face tattoos are not as they used to be.

“I was asking my partner 50. Shout out to 50 Cent,” Birdman said. “Cause he removed his tattoos and I wanted to go to somebody who can take these tats off my face.”