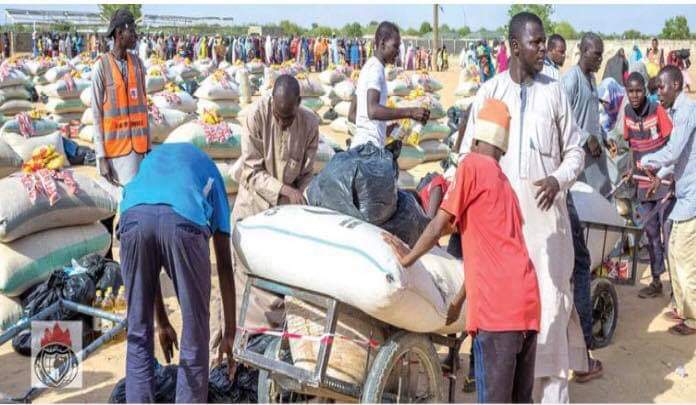 Founder of Living Faith Church Worldwide (LFC) has donated relief materials worth millions of naira to Internally Displaced Persons (IDPs) in Maiduguri. Represented by State Pastor in-charge of Maiduguri, Pastor Victor Samaila, Oyedepo who last visited Maiduguri in May, 2018, said the gesture was part of the church’s effort to reach out to displaced persons across the country. He said it was incumbent on all well meaning citizens to make efforts to bring succour to the displaced persons and the church decided to evolve a programme that would cover all IDPs across the country.

“Here in Maiduguri we had gone to four displaced camps and this is fifth one. So far we have reached out to 2,500 households which translates to about 15,000 individuals. We have distributed food and non-food items such as beans, milets, maize, vegetable oils, salt, maggi as well as clothes and shoes,” he said. The Pastor urged displaced persons to continue praying for troops and Nigeria, saying the suffering is overwheming.

“I will like to make an appeal to the well meaning Nigerians and corporate organizations to support the IDPs especially in Borno, government can’t do it alone. But as you can see, people are sufferring and much needs to be done. The Camp Manager of State Emergency Management Agency, Khaud Mohammed, thanked the church for the donation and warned the beneficiaries not to sell the materials given to them.

“We are thankful to Living Faith Church. The quality of materials they distributed is one the best I have seen in this camp, I hope they will sustain this,” Mohammmed said.