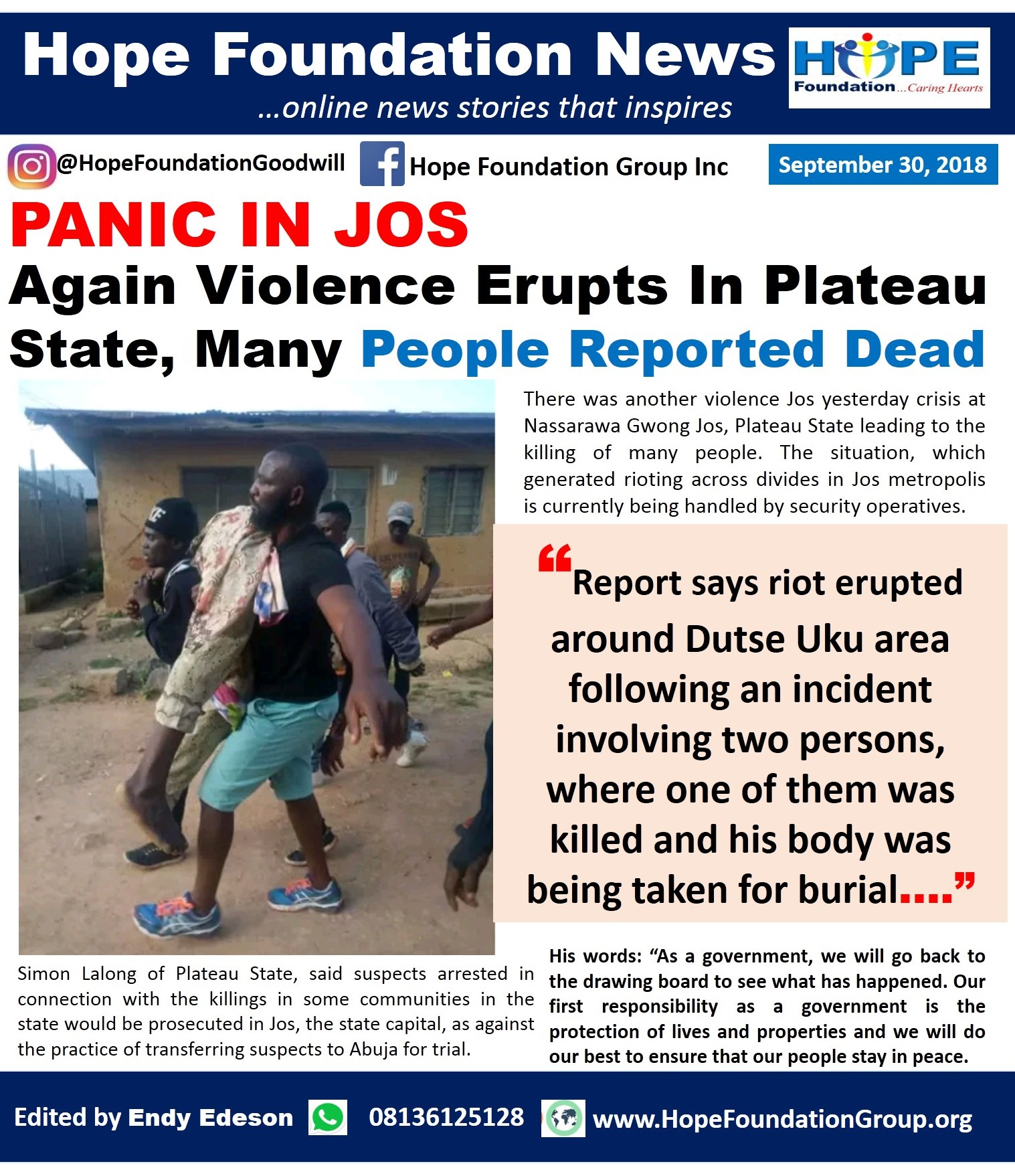 There was another violence Jos yesterday crisis at Nassarawa Gwong Jos,Plateau State leading to the killing of many people.Report says riot erupted around Dutse Uku area following an incident involving two persons, where one of them was allegedly killed and his body was being taken for burial.
The situation, which generated rioting across divides in Jos metropolis is currently being handled by security operatives.
Simon Lalong of Plateau State, yesterday said suspects arrested in connection with the killings in some communities in the state would be prosecuted in Jos, the state capital, as against the practice of transferring suspects to Abuja for trial.
Lalong gave the assurance when members of the Pentecostal Fellowship of Nigeria (PFN) visited him on a condolence visit and to commiserate with the citizens on the incidents which claimed over 200 lives.
He enumerated some of the proactive steps taken to ensure lasting peace in the state and solicited prayers for peace not just for the state but the country as a whole.
His words: “As a government, we will go back to the drawing board to see what has happened. Our first responsibility as a government is the protection of lives and properties and we will do our best to ensure that our people stay in peace. I regret the killings in the state and we will do our best to fish out the perpetrators. When they are arrested we will parade them before we start prosecution here in Jos.”